Two plaques, voted on by the Western community, will be cast annually: one from a STEM discipline and one from a social sciences, arts and humanities-based discipline. Each will be affixed to a relevant building on campus and provide a link to additional media online.

Housed within the Department of English and Writing Studies, the largest department in the Faculty of Arts and Humanities at Western University, the Writer-in-Residence program is the longest running of its kind in Canada.  Since its inauguration in 1972-73, the program has been home to such iconic voices as Margaret Avison, Alice Munro, Margaret Laurence, Emma Donoghue, André Alexis, Sheila Heti, Ivan Coyote, and most recently Daniel MacIvor.  Traditionally supported by the Canada Council for the Arts, the program’s mandate is to provide support for an accomplished writer while allowing the university and the City of London as a whole to benefit from the writer’s creativity and expertise.  The more than 40 Canadian writers who have held this position have helped to place our Residency – and Canada more generally – on a truly international stage and have done much to define literature in the twentieth and twenty-first centuries.

Our Writer-in-Residence program aims to solidify the Department’s and University’s role as a centre for the linked activities of intellectual inquiry, cultural creativity, and social engagement. By fostering the creative potential and literary interest of individuals and groups, the program enriches the learning environment of graduate and undergraduate students and faculty at Western, its affiliated institutions (Huron, King’s, Brescia), and other local educational organizations (such as Fanshawe College, Thames Valley District School Board, and the London Public Library, our Residency’s key off-campus sponsor).  Our Writer mentors and collaborates with Western’s Student Writer-in-Residence (another Canadian initiative from our campus!) to contribute directly to Western’s Mission to provide the best student experience among Canada’s research intensive universities.”

The Writer-in-Residence’s contact with the community features an individual, hands-on approach, where developing writers can meet for consultation and feedback on works in progress. The Writer-in-Residence also gives readings, visits classrooms at the university and elsewhere, and takes on a leadership role at a variety of literary and cultural events both on and off campus. Through such events, the Writer-in-Residence works to raise the profile of literary activity in the community and enriches the local cultural scene, often engaging audiences with little previous literary experience. Many of our Writers have also stretched the boundaries of their genre, incorporating the campus’s and London’s rich resources in Visual Art, Music, Theatre, and Education.  Typically, our Writer-in-Residence also takes to the street, often presenting at London’s annual Words Festival, public-school initiatives on creativity and diversity, and on London’s public television and radio stations.  Western’s Writer-in-Residence program is truly the best of the Humanities at work – for students, London, and Canadian culture at large. 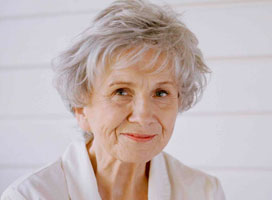 Winner of the 2013 Nobel Prize in Literature and 2009 Man Booker International Prize, Alice Munro (DLitt’76) is recognized the world over for her short stories. 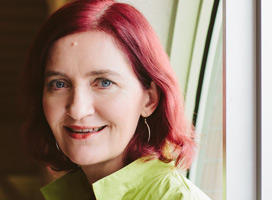 Playwright, novelist, literary historian and screenwriter Emma Donoghue (DLitt’13) was nominated for an Academy Award for her screen adaptation of her novel, Room. 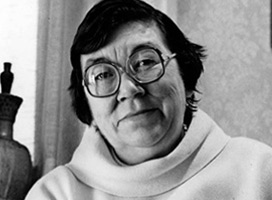 One of Canada’s most esteemed authors, Margaret Laurence is best known for her novel, The Stone Angel.